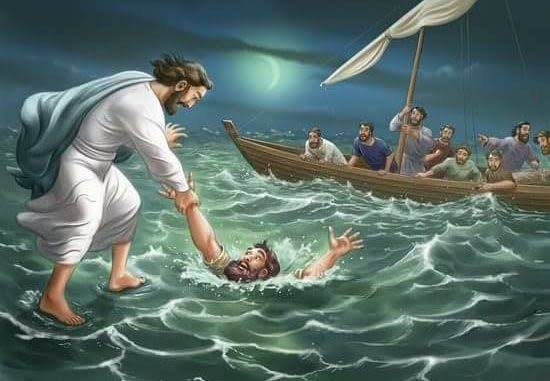 The day God wants to give you a miracle and change your story, He will order your steps to the right place in order to connect you to your strange destiny helpers; because nothing takes God unawares.

God in His unfathomable wisdom sometimes connects us to our destiny through some strange helpers. Such destiny helpers appear strange to us because they are people we least expect help from. A good example of strange destiny helpers is Joseph’s brothers. While they were aiding the fulfilment of Joseph’s destiny, they did not even know it. They thought they were selling him into slavery, but they only helped in transporting him to the land where he was destined to become the prime minister. God has programmed you to read this article today because He wants to change your story. For the sake of the woman with the issue of blood, Jesus passed through Samaria. In Mark 5:2, For the sake of the mad man of Gadara, Jesus came down from the ship. Your situation might be beyond human help; that is the situation my God specializes in and He will step in to help you in the name of Jesus.

Joseph had other strange destiny helpers along his way to becoming the prime minister of Egypt, such as Potiphar’s wife, Pharaoh’s cup bearer and Pharaoh’s baker. All these different encounters; worked together for his good until he became the first prime minister of Egypt. Genesis 41:39-41 tells of the awesome promotion he received in one day through the aid of strange destiny helpers. The degree of success, you record and the pace or speed at which you move will depend to a large extent on your ability to meet your helpers and gain access to their help. Bible says, in Psalm 121:1-2  I will lift up mine eyes unto the hills, from whence cometh my help.  My help cometh from the Lord, which made heaven and earth. Joseph’s experience, shows that every person you meet in any situation can be one of your destiny helpers. Things worked out for Joseph; because he was faithful to God and could not imagine sinning against Him. This same attitude is expected of every Christian today. You need to remain faithful and true to God, so that you can be assured of His hand in all that is happening to you. You are the reason I am writing this today; so be rest assured that your strange destiny helpers will locate you today in Jesus name.

3 thoughts on “Your Strange Destiny Helpers”