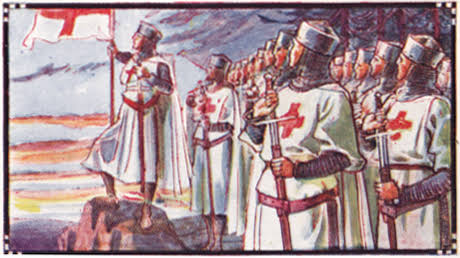 The power of walking with God is to have His nature. When you carry God’s nature, you naturally command attention. Because since Satan was cast out of heaven, he has been waging war against everything that represents God and godliness on the earth. To destroy the work of the devil on earth and to manifest the plan of God for mankind, God has chosen to raise an army to Himself among men, this is why you are God’s foot soldier on earth.

Therefore, no Christian should lazy through life, for we are soldiers in God’s army. As a soldier, you are expected to be strong and tough to accomplish the task set before you. There is absolutely no place; for the timid and weak hearted in the army. Because the current game plan of Satan, is to deceive as many people as possible into rebelling against God, so that they will also join him in the Lake of Fire, which is the eternal place of punishment prepared for him and his cohorts. For instance Jeremiah 51:20 says; “Thou art my battle axe and weapons of war: for with thee will I break in pieces the nations, and with thee will I destroy kingdoms. David presented himself as God’s battle axe, and he was mightily used of God, to bring into captivity every thought and arrogance presented by Goliath. It is interesting to note that even Goliath, as huge as he was and as sophisticated as his weapons were, did not rely on his physical ability or weapons alone. As God’s foot soldier, you need to know your God through and through, because only those who know their God can perform valiantly at the battlefront.

Also Read: The Benefits Of Waiting Upon The Lord

The Lord Jesus Christ, remains our perfect example of what a true soldier should be like. For we are the result, of that travail of soul that He went through. So a good soldier of Jesus Christ must be trained and fully equipped for the fight of faith; he must be strong and equipped to endure hard times. Are you presently fighting a battle in your life? This should serve as a template for you. Turn to God for victory and you shall be victorious; because you are God’s foot soldier.

2 thoughts on “You Are God’s Foot Soldier”