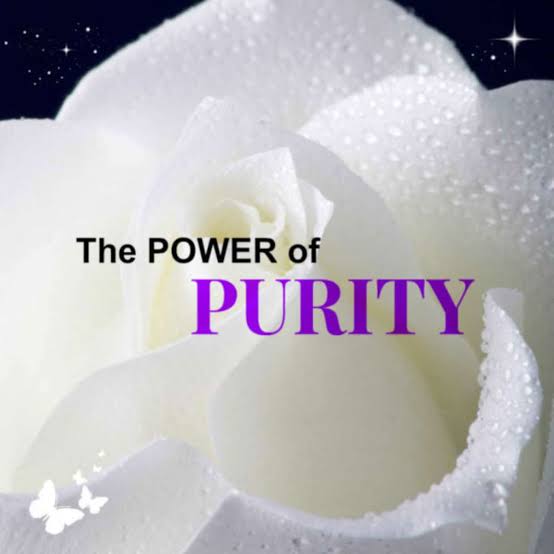 Christianity is not a religion; but a call to manifestation. The whole world, is waiting for your manifestation; and not your explanation. The only way to prove to the world that Jesus is alive; is by the signs and wonders we command. Now understanding the power of purity, is the foundational stone for life in the miraculous.

Because purity is the gateway, to life in the miraculous. It will guarantee unending manifestations, in your life and cause the power of God to flow unhindered through you. Although signs and wonders are the heritage of all saints, the power to bring it about only flows through sanctified vessels. We see a clear picture, of this in the time of Elisha. Gehazi his servant was destined to obtain a double portion of his anointing, but he lost it to sin. When Gehazi was given the rod of his master, to go and raise the Shunammite woman’s dead son in 2 Kings 4, the rod would not produce. The reason was not very clear then. But it became glaring later, when he pursued after Naaman for a talent of silver and two changes of garments. It was then that the corruption, in the heart of Gehazi was revealed. There will be no manifestation of signs and wonders; until corruption in all its ramifications is dealt with. If the rod could not produce in Gehazi’s hands, then it will not produce in the corrupt hands of any believer either. And as I say often, until sin goes, signs will not flow. Sin, whether in the heart or in deed, is a major hindrance to the flow of signs and wonders. So as a child of God, working in signs and wonders is your birthright. To be born again, is to be born into signs and wonders. However, sanctification is what gives you the platform and foundation; for a life of signs and wonders.

Also Read: You Must Keep Your Children Alive

Before Jesus could operate in signs and wonders, He had platforms of holiness, purity and sanctification. So to operate in signs and wonders, you must live a holy life. Until you are purified, you cannot see wonders. Purification is essential, for every child of God because it guarantees divine intervention. The place of purity in manifestations of signs and wonders cannot be overemphasized, because it controls the release of the power; you require to do signs. Therefore understanding the power of purity, is what makes you a candidate for God’s power.

One thought on “Understanding The Power Of Purity”